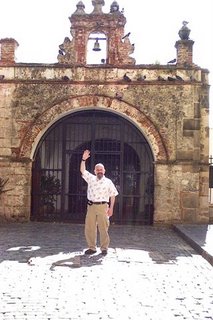 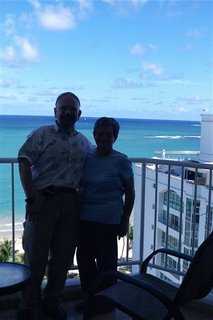 I arrived at 10 AM and here is where I will be staying for one week, at my sister's beach condo.
WooHoo!!! This is my sister, not a great picture, but here we are. I got one of those Ritz Cameras disposable digital cameras, not the best cameras and the worst developing you can imagine. 10 thumbs down to Ritz and Wolf camera for their terrible product, don't buy it. Next time I will buy Kodak disposable digital cameras and see if it is worth the money.

So the flight was a mess from San Francisco. I think that next time I will take ear plugs just in case the same situation happens. Well a child decided to cry every 30 minutes on the nose, no one slept a minute.


After I arrived we went to the old city, or like it's called the Old San Juan. This city was founded in 1521. The weather was so nice, all my aches and pains due to cold weather were gone for once. We spent two to three hours walking and we decided to have lunch at the Patio de Sam, and old cafe that the regulars go. The food was wonderful and very tasty.

That was it for that day. We then proceeded to go back to the beach and took a walk around the area to familiarize myself with the amenities the area had to offer. The night air was full of ocean smell and you could hear the waves rushing toward the shore.

Next day we went to the Camuy Caves National Park, great time to the caves, we were 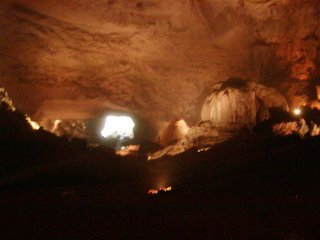 early and made the first tour.

During the great huricanes the water will come through these caves that are down in the earth and wipe out all the electrical amenities the tourist enjoy. 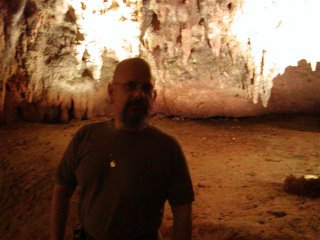 The place is beautiful as it is nature itself, but it stinks, is wet, slippery, humid and smells of bat feces. There are thousands of bats that claim these caves as their home, good thing they only come out at night. 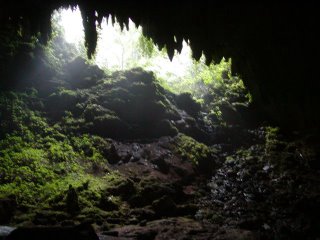 This is one of the entrances to the caves. The indians use to come here during crucial or special times. The cascade below is at least 70 to 100 feet in height, as you can see I was unable to get the whole waterfall in the picture. It is the farthest you can go in the tour for now until they are able to repair the rest of the road to the rest of some of the caves there are around 15 kilometers of caves, roughly 10 miles. 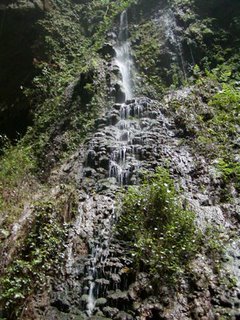 After this we came back to the house around the west coast of the Island. This will be continued on the next blog entry. Thanks for stopping by today.
- January 15, 2006

Looks like you're having fun. No wonder you hadn't posted in a while. Having too much fun.