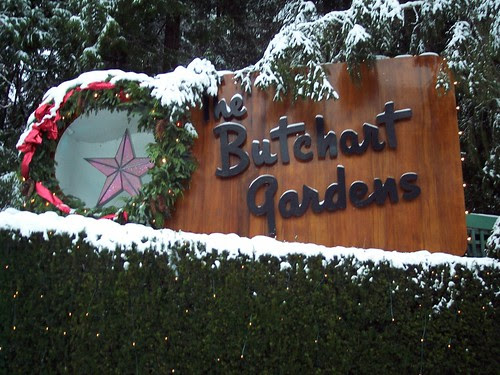 Behold here are the Butchart Gardens at 800 Benvenuto Ave., Central Saanich, British Columbia, Canada.  We did not know if we were going to make it, because they were experiencing snow in Mainland Vancouver and it was very difficult for Vancouverites to remember how to deal with snow.  This place has a mild winter rarely visited by snow.  This day which was Thanksgiving was a tough day, the hotel was having problems with the boiler, and I was not in a good mood.  Everything worked out in the end, reminding me that sometimes we need to take a break from being upset and just flow with life. 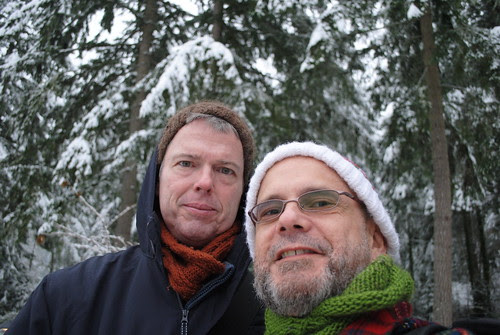 This place was a Winter Wonderland along with a Christmas Wonderland. 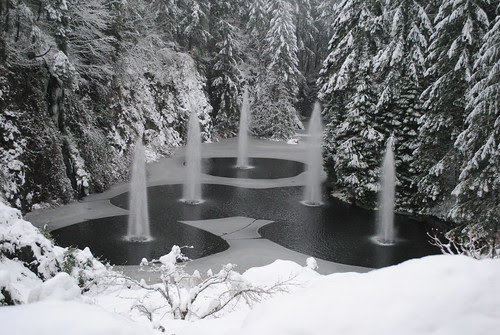 I was very thankful we were having Thanksgiving together and enjoying the snow, which we usually don't ever see in Northern California , San Francisco Bay. 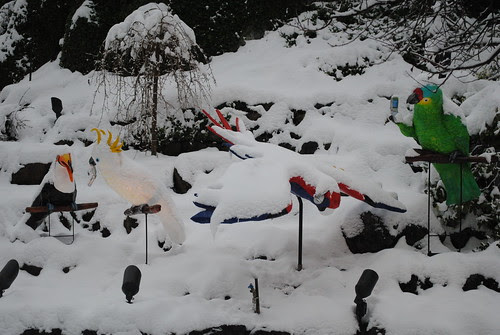 The twelve days of Christmas were represented throughout the gardens and we caught most of them. There was so much snow, but it was not that cold, given the fact that we dressed in layers and had a great ensemble of scarves and hats made by Crafty Andy. 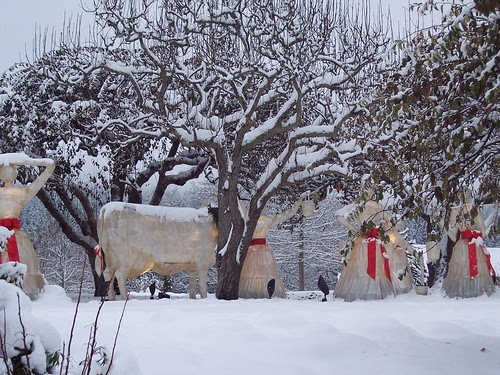 A Carousel without any kids was not fun, but the kid in me wanted to take a ride, we had no time for that this day. 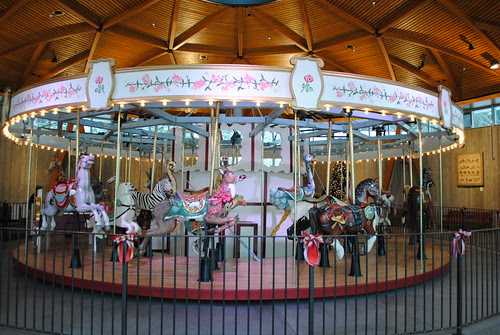 This was our day before visiting the downtown Victoria, which will be another posting. We visited everything we wanted and even saw the Empress Hotel. 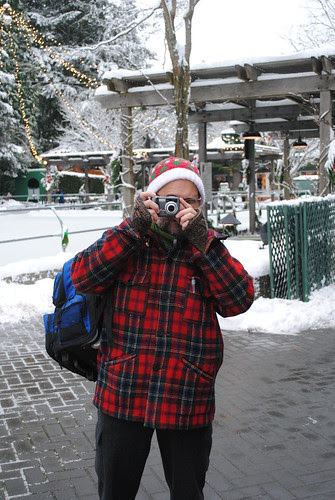