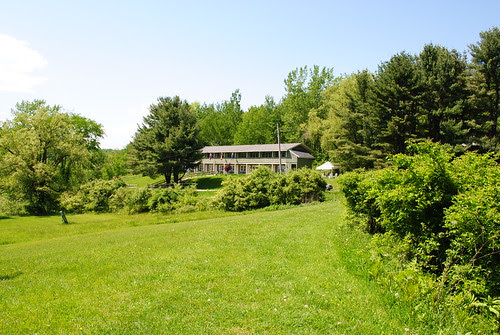 The MSKR 2010 was held as always at the Easton Mountain Retreat.  This is where most of us were staying. My retreat experience was not the best for me personally, maybe because I found some challenges that were unexpected and my life experience has not prepared me to be able to handle them in a better way.  I did what I normally do, which is I stayed away from people  at night to be able to enjoy the day time with them as I was very upset about many things.  Do not let my personal experience color the retreat, it is personal and that is all I will say.  In the end I believe the experience made us better able to handle future situations.  I am glad I did not leave when I wanted to and that I stayed until the end.  It would have been very awkward, more than it has been. 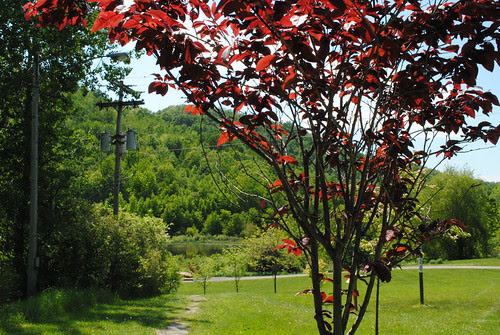 You will not see as many pictures as you know I would take, because there were some issues about some people not wanting their picture taken.  The main issue was they did not want to speak up either, I was crushed, I could not reconcile how to take pictures when someone did not tell me they objected, so I decided instead to take no people pictures  after that.  There is a video I will be posting it later this week.  It takes a lot of effort to go through the pictures and videos and compose them, that is why is so important to have the information about who does not want their picture taken.  Photographers understand that.  As always if your picture is in my blog and you desire it to be taken off email me and I will definitely photoshop your head off and replace it with ALF's. 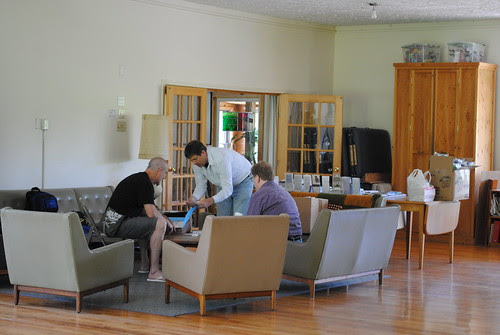 It was nice to get there early, because we got the chance to participate in the making of the packages for the guys that will be arriving later this afternoon. 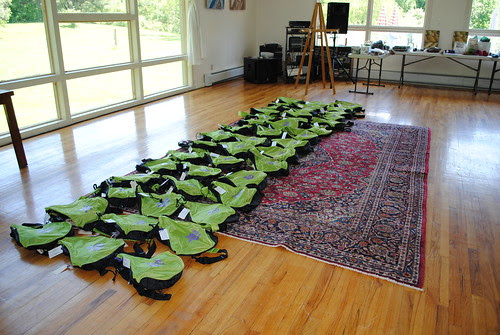 These where the 45 goody bags that The Facilitators came up with , very clever and lots of fun stuff for knitters.  Inside the bag was a skein of Ozark Mountain Hand Spun,  a Calculator, some stitch markers with the MKR logo, and other cutesy stuff that people that knit appreciate.  We got a pen as well woohoo!  I like pens I guess everyone does, specially if they have the name of a Yarn Store. There was a Cat Toy Felting Kit, a knit kit and a spinning kit, oh and a kool-aid dye kit.  I will come back with the information of the vendors  that gave us stuff.  I am making progress and healing I guess as I am posting.  This is very difficult for me, but what the heck let's keep having fun. 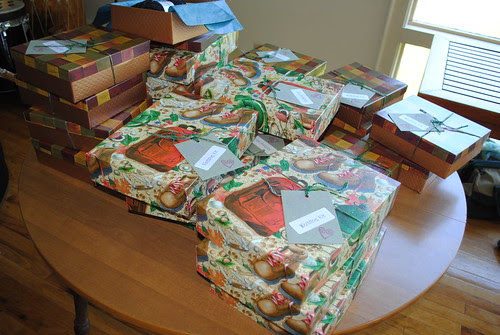 There were 3 tables full of stuff for the guys last day which is when the guys get to pick their prizes, sneaky , but worked fantastic.  I actually liked the idea, because we got to see the items day after day and had our favorites. 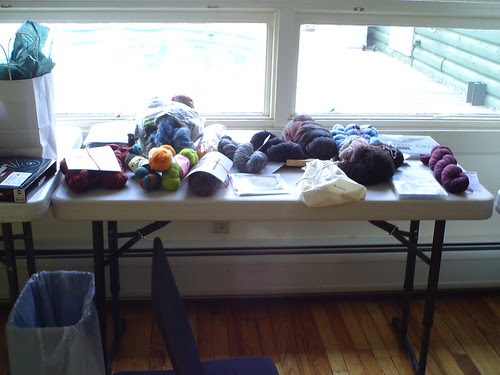 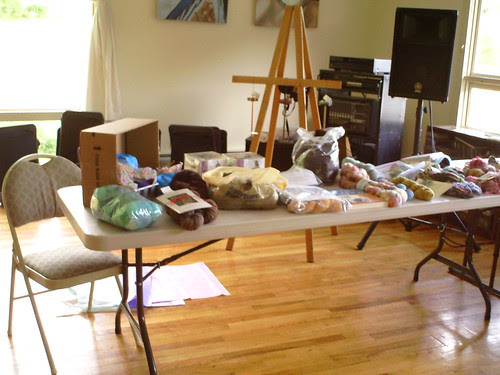 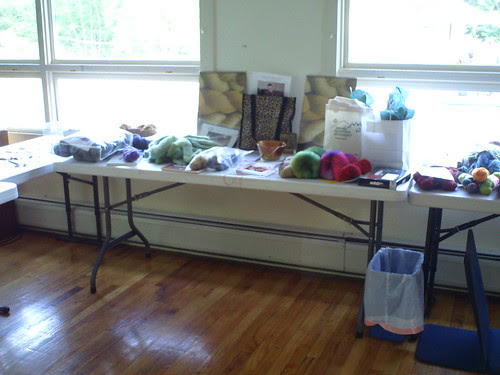 In the end this is what makes part of the retreat a great venue.  The fantastic vendors and private business owners that donate to our Retreat, along with the guys that come to this place from different parts of the country  and other countries, to gather with other men of like minded ways and knit , crochet, spin and card the whole weekend long.  All in all I had a wonderful time and may go some other time in the future after certain things get addressed, some of them have been addressed already, everything is coming out in a very positive  light and I am happy for that. I will make some other postings, maybe two more about the retreat, not many pictures, but enough that you get the idea of the beauty of the place and the fun the guys were having, even me.  Thanks for stopping by. 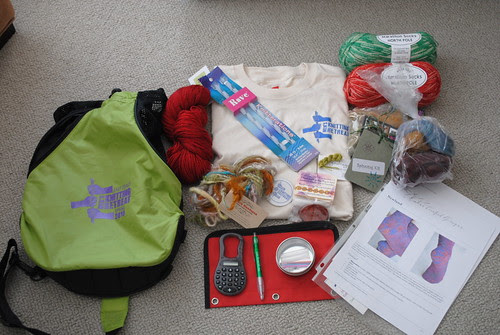