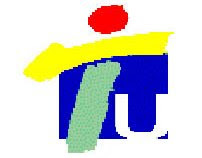 The Tren Urbano as it is called, or in English Urban Train. From Guaynabo's Torrimar to Piñero's Station in San Juan or Hato Rey Ward. Apologies for the gum Chewing, Itis a prescription gum and I forgot I was chewing, lol! Andy the Billy Goat!

The Tren Urbano — or Urban Train in English — is a 10.7 mile (17.2 km) fully automated metro system that serves the metropolitan area of San Juan, Puerto Rico, which includes the municipalities of San Juan, Bayamón, and Guaynabo. It is electrified by third rail at 750 V, d.c. As of 2007, the Tren Urbano is composed of 16 stations, ten of which are elevated, four at grade or in open cuttings, and two underground. A maintenance depot and operations control centre is being provided halfway along the route, at Martínez Nadal Station. Each of the 16 stations boasts unique artwork and architectural style.

The Tren Urbano complements other forms of public transportation on the island such as the public bus system, taxis, water ferries and shuttles. The entire mass transportation system has been dubbed the “Alternativa de Transporte Integrado” (Integrated Transportation Alternative) or “ATI”.

The Tren Urbano, Caribbean's first rapid transit system, has now has been joined by the new Santo Domingo Metro.

It was fun to ride the train with you!